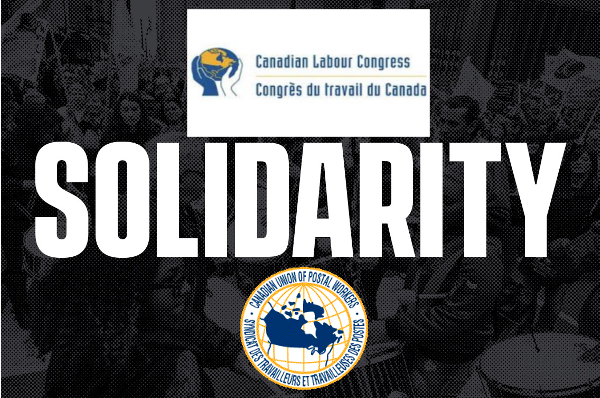 At the emergency meeting of the Canadian Labour Congress (CLC) Canada Council this week, it was clear that many large affiliates were opposed to Brother Yussuff’s constitutional interpretation.  Despite this fact, the interpretation was upheld by a large margin.  This in itself raises other constitutional questions.  There are also disagreements on other questions that were left unsaid.  These deep divisions within the house of labour cannot be papered over.  We can be certain that many of the larger affiliates are now considering their options for how to move forward.  Below are a few of the possibilities.

Any union has the right to disaffiliate from the CLC at any time, as Unifor did recently.  For some, this question can be reduced to a simple cost-benefit analysis.  Do they get out of the CLC as much as they put in?  This is a difficult question to answer at the best of times.  For CUPW this is also a principled question.  We are constitutionally-bound to be affiliated to the CLC, the federations of labour and the labour councils and for good reason.

We know that we are stronger with a united labour movement that can advance the struggle together.  A recent example can be found in the Save Canada Post campaign.  We never could have stopped that austerity-drive without the broad support we received from the entire labour movement.  Labour councils across the country were key to mobilizing communities and ultimately defeating this agenda.  It was a spectacular demonstration of what could be done when labour comes together at the grassroots level.

We have always remained in the CLC even when unhappy about the direction it is taking.  For us it is not only a question of what is, but also what could be.  This is why our conventions have committed time and again, through our action plans, to attempt to rejuvenate and revitalize bodies of the labour movement, to arm them with a militant, grassroots agenda of mobilization.  There is no force stronger than an organized and united working class movement.

Another option that some affiliates are likely considering is withholding their dues payments from the CLC.  This is a means of putting financial pressure on the organization, without actually withdrawing entirely from the house of labour.  This is something that has been done many times in our movement, often with bad consequences.  These kind of pressure tactics could have unintended consequences on staff and severely inhibit the work of the labour movement.  This is a poor means of settling political questions.

It is clear that the most democratic means of solving important divisions within the labour movement is with a convention.  Conventions of the CLC happen every three years, with the next convention scheduled for 2020.  But when matters of extreme importance are raised, such as the current internal crisis facing the labour movement, there are provisions in the CLC constitution to call a special convention.  A special convention can be called by a majority vote of the Canada Council, or by request of affiliates representing 50% of the membership of the CLC.

This is a costly exercise, and this alone gives reason to be hesitant.  But when one considers the cost of any other course of action, it is obviously the right one.  A convention where thousands of delegates from across the country can meet, debate and decide the future of the labour movement is the only means of solving these questions.