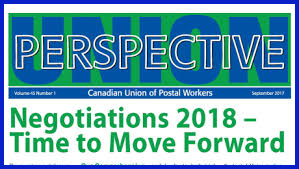 On February 6, 2019, after direction from Arbitrator MacPherson, Canada Post provided its position on the matters in dispute for the upcoming arbitration. Not only did Canada Post roll back from its position in November 2018, it did nothing to improve working conditions for Urban Operations members. Canada Post stated in its February 6, 2019 proposal “CUPW’s goal in bargaining appeared to be to regain what it perceives as “rollbacks” that were agreed to in past rounds of bargaining, and were designed to assist the corporation to remain competitive and financially sound.”

CPC’s Position on Issues in Dispute

Duration of Collective Agreement: CPC is proposing a 4-year collective agreement expiring on January 31, 2022. This proposal is subject to revision if CPC feels that the arbitration process takes too long.

Temporary Employees Rate of Pay: CPC maintains its position that temporary employees will go up one pay increment each year that they work over 1000 hours.

Cost of Living Allowance (COLA): CPC has offered partial protection against inflation only for the last two years of the collective agreement.

Pension Plan: CPC is proposing that the parties have discussions during the life of the CA on the sustainability of the pension plan in the short, medium and long-term.

Updating Mail Volumes: CPC maintains its proposal to update the volumes of parcels, packets and lettermail once each year. Route assessments will only be changed if the assessment is increased.

Employment Security: CPC amended its position by removing the effective date from clause 53.01. But instead proposed a side letter, that is not to be included in the collective agreement, offering employment security to all regular employees as of the date of signing, subject to the Union agreeing to allow CPC to hold Group 2 vacancies and staff them with temporary employees.

Group 1 Staffing: CPC proposed a rollback that would reduce the Appendix P ratio for full-time employees from 78% to 75%. This would result in the elimination of hundreds of full-time jobs in Group 1.

Holding Group 2 Vacancies: CPC is maintaining its position that it be permitted to hold vacant positions in Group 2 and staff with temporary employees when “it is known that there will be a reduction of positions in any group in the post office/zone…”

Temporary Peak Workforce: CPC is maintaining its position on creating a temporary employee workforce during peak period (November to January). CPC would arbitrarily remove work from letter carrier routes and give the work to this workforce.

Obviously, Canada Post has not addressed the issues that are important to Urban Operations members. It is clear that Canada Post is not willing to address the issues that would improve health and safety, staffing, overburdening, permanent full-time employment and work-life balance. Instead CPC wants to flood our workplaces with temporary employees, being paid a lower wage, without employment security or benefits.

–       Improvements to STDP and Personal Days – Nothing

–       Study on updating the percentage of coverage formula and application of the Mail Volume Index. – Nothing