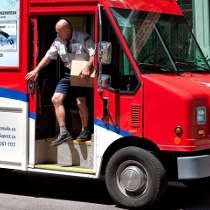 We are discussing the possibility of a pilot project, under the Appendix “T” process , to test an alternative 40 hour work week  condensed into 4 days to handle increased parcel and packet volumes from Direct to Depot Induction (DDI) in 3 installations in the Pacific Region. The project that is being considered would begin in February 2020 and last for one year. Upon completion of the pilot, under Appendix T either CUPW or Canada Post can elect to discontinue the project. Three installations in the Pacific Region will participate – Maple Ridge, North Burnaby and Port Coquitlam. If you do not work in one of these installations, this pilot project will not affect you.

What is Direct to Depot Induction?

Direct to Depot Induction is a process that allows very large customers of Canada Post to induct parcels and packets directly into depots. This allows the sender to reduce the time spent between receiving online orders and delivery of the items.

What is the new scheduling proposal in this pilot?

DDI is already occurring in a number of depots across the country. In each depot, the number of parcels that the sender can have inducted through DDI is capped at a daily quantity determined by Canada Post’s operational constraints.

Canada Post customers using DDI have requested an increase in the daily cap and this Appendix T pilot intends to fairly accommodate this request.

For letter carriers in the depots selected for this project, roughly half of their routes will be changed to a four-day week with ten-hour routes (4×10 routes). Letter carriers working a four  x 10 schedule will all work on Mondays, receive one day off between Tuesday and Friday and have no scheduled work on the weekend. They will be scheduled to work 40 hours per week, but the 40 hours  will be spread out over four days instead of five. The other letter carriers will continue to have a scheduled five-day work week, with eight-hour days (5×8 routes).

In addition, Monday routes will be built to reflect higher Monday volumes and therefore will have fewer points of call. All Monday routes will be shorter than the rest of the week, regardless of whether the letter carrier works a 4 or 5 day work week.  No Group 1 positions will be lost as a result of this pilot project.

For RSMCs,our aim is to have Canada Post build routes as close as possible to 40 hours per week.

Future projected personal contact items (PCIs) will be structured into the routes for both RSMCs and letter carriers.

Why is the union engaging in this project when Canada Post won’t get back to the bargaining table?

The pilot project allows the union to address the rapid increase in parcel volumes, declining lettermail volumes, and secure our place in the parcel delivery business.

The Letter Carrier Route Measurement System (LCRMS) dates from a time when parcel volumes were not growing at current rates. Some recent years have seen more than 20%  annual growth in national parcel volume and there are depots where the rates are even higher. These parcel volume growth rates are outpacing our ability to do accurate parcel volume assessment for route restructures.  By the time the route restructure is implemented, it may already be under assessed for parcels. Further compounding this problem, heavy Monday parcel volumes are presently being watered-down as they are blended with the lower parcel volumes received during the rest of the week.   We intend to address these issues through this pilot.

We are also concerned that Canada Post may try to increase the induction volume cap for large parcel volume clients, while not providing the appropriate time and compensation for this work.

Postal workers can be proud of the work we have done at Canada Post for over two hundred years. In a time with fewer letters and more parcels, we must not shy away from figuring out how to provide new services.

A change of this nature maintains our commitment to securing a 40-hour workweek, and limits the use of part-time and temporary work – creating more, good full-time jobs in the process. In 2004, a similar scheduling model was tested for night workers in Moncton and Saint John, New Brunswick and the results strongly indicated that members liked the four-day workweek.

With this pilot, we also have the opportunity to closely monitor the safety of the new work while ensuring that our members have a decent work-life balance. We will work closely with the Pacific region and the locals involved and be transparent and open about the benefits and challenges. We intend to conduct a thorough analysis prior to the pilot’s completion and to produce a final internal report.