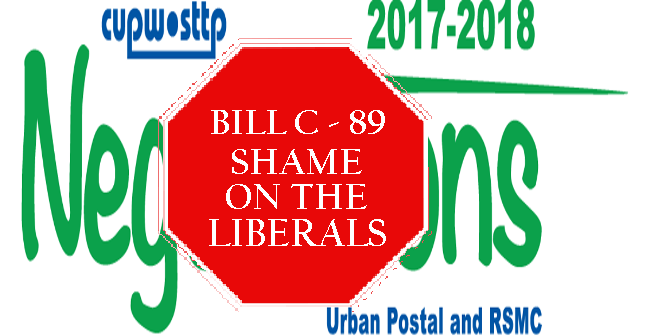 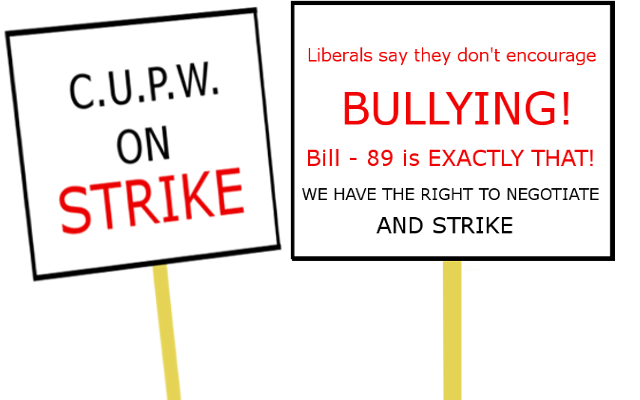 The Liberal government has intervened in the labour dispute at Canada Post. The Minister of Labour introduced back-to-work legislation that fundamentally violates the right to free collective bargaining, guaranteed to all workers in the Canadian Charter of Rights and Freedoms. We know from experience that Canada Post management has only one strategy: sit back and wait for legislation, and the Liberal government is now doing their dirty work.

In early November, the Prime Minister signaled as much by saying “all options are on the table”. That comment told Canada Post that they could safely cease negotiating, since he was willing to back them up.

The government has all the options. And they would rather violate constitutional rights than deal with health and safety issues. They would rather legislate workers back to work than treat women equally.

We tried to serve Canadians while aiming to pressure Canada Post to negotiate. They manufactured a crisis, that the government used as justification to prolong our workplace abuse. The blame for this dispute now lies squarely on the government. Three years of broken promises and Liberal inaction have led us to where we are today.

Postal workers will not accept another violation of our right to free collective bargaining. And it’s not just a matter of our Charter rights; this bill legislates continued injuries, unpaid work, gender inequality, and general dishonesty and disrespect.